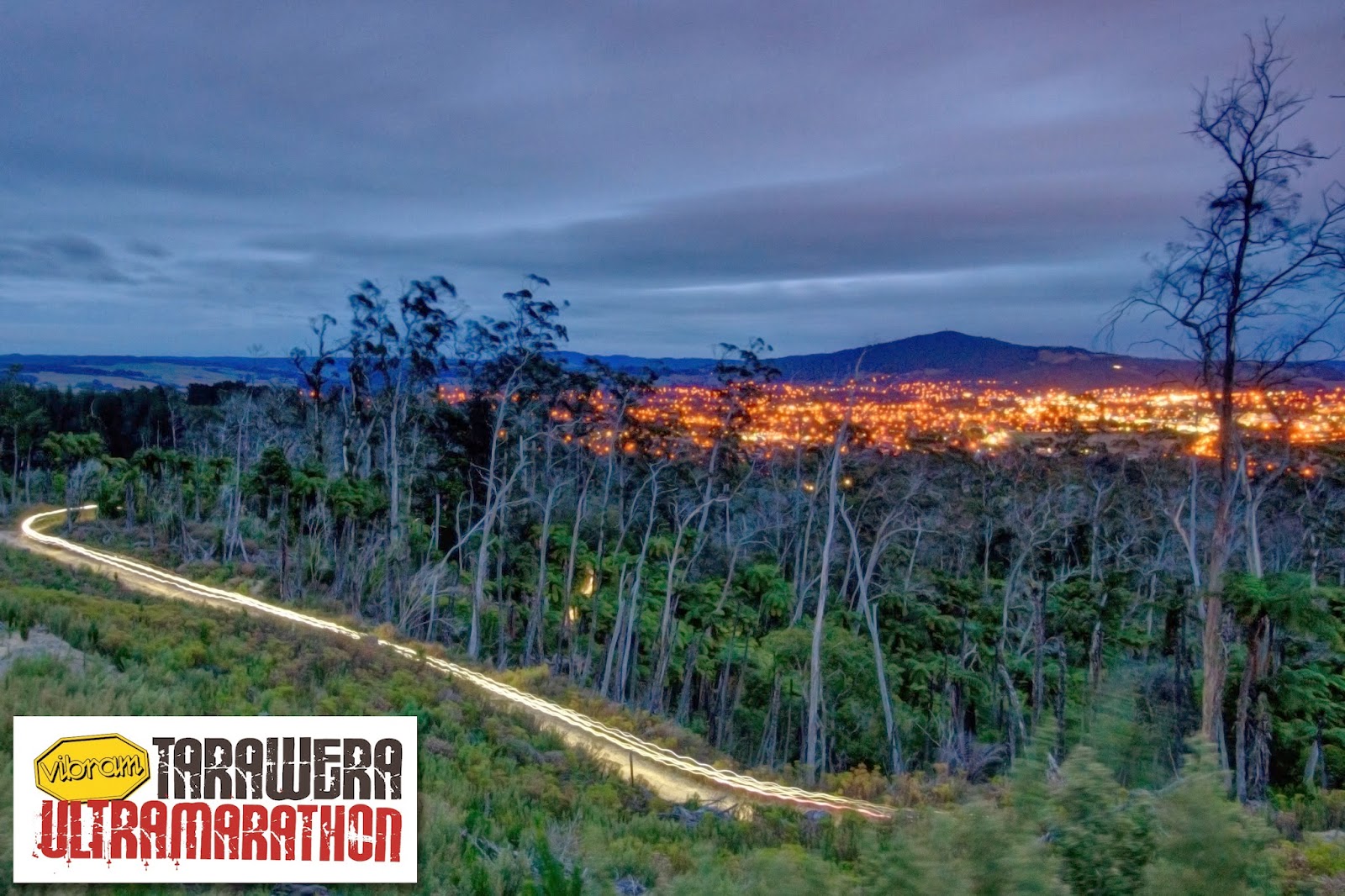 Over the last few weeks, all I have been talking about is this years Tarawera Ultra 100km for a number of reasons. One as it was a new country for me to race an Ultra Marathon in and also it would be Gemma first ultra race! But also for the first time this year it was part of the 'Ultra Trail World Tour Series'

Thursday the 13th soon came around and it was time for us to head to airport and fly up to Auckland. Great start we walk down the road only to find we had left without our passports!! Take two we made it to the airport and caught our flight to Auckland. Friday morning we had a 4 hour bus journey over to Rotorua in time to pick up our race packs and numbers. The race expo was small but the atmosphere was buzzing and everyone was getting into a good spirit after all collecting their race numbers and goody bags. After this we decided to go and get some food and head back to our hotel for the night to chill for the afternoon after all the travelling and get an early night.

By this time there had been some talk about 'Cyclone Lusi' coming in and causing some problems for the event, we had read on the net that it had already effected some races around the North Island and it was heading our way. The weather had started to turn where we was staying with the winds picking up and rain now coming down. Little did we know that at this time the race organisers were having to make some tough calls due to how bad it was going to get at the far end of the course and the safety of the runners being on the front of their minds. After looking down all avenues they decided to cut the course short to 65km from the scheduled 100km due to risk of branches/tress etc.. coming down in the forest on the runners but also their couldn't get aid over the lakes by boat as planned due to the weather, disappointed we never got to do the full 100km course but a good call by the guys!

4:50am Saturday morning wake up alarm… As you can imagine all I wanted was some more sleep! But with the excitement of racing I was soon up and eating my breakfast before just finalising my kit and making my way to the race start with Gem. The weather was pleasant at this moment anyhow, a very light drizzle of rain but nothing crazy at all. After the nerves had set in and multiple toilets stops the time was here.. 6:30am Race Time! On our final briefing before the race started we was informed that the course had changed again and it was now a 70km course.

Trail runners are so friendly! I found my self about 3 rows back from the front line just talking freely with world class athletes like Sage Canaday, Mike Wardian and Scott Hawker.. Totally inspiring just before your about to race off into the darkness of the night. After a little display of a traditional 'Haka' we were off into the forest. I had decided to start off at an easier pace then work my way up into faster kms… After the first loop of 12km and several steps my legs had already started to scream a little but was all good, I found my self running along side some of the elite woman for the first 30km or so before they showed me how to run and just upped the pace what I didn't have!! By this time the weather had also started to come down the wind was picking up and the rain got heavier ever few km's down the trail we went.

As the race started to unfold it was hard to judge who was doing what as there was the 70km race, a 55km race and then the relays too but I just tried to run my own race and just keep ticking them km's off one by one. The weather got worse and worse to the point where I honestly think the conditions were some of the worse I have ran in! And that says a lot growing up in Wales.. The trail just suddenly turned into a mud bath and it was like racing a XC ultra! It was hard to stay up right as you went over the undulating course, roughly half way into the race we was running down a mud bath trail before it dropped off down a steep down hill, the runner in front of me not knowing used a branch off a tree to help him self down the hill as he couldn't stop with the mud not knowing as he hit the bottom the branch came flying back upwards as I was running/sliding down the hill and hit me right on the forehead!! Ouch.. One good thing it woke we up again!

My legs all of a sudden started to feel like cramped but also empty if that makes sense..? I started to slow right down and was finding picking my feet up out of the mud after each step challenging and was just hoping the next aid station wasn't too far down the trail as I needed some energy. At the aid station I decided to take a longer break and try and fuel up and be ready to race off down the trail again, this was proving difficult. My legs had just gone, it's like I had left them out on the trail somewhere. And my head had started to hurt since the adrenaline had now started to wear off too.

On my return leg back to finish area I passed little Gem coming down the trail towards me what was very nice as I had been thinking how she was getting on in such tough conditions with it only her first time to run over the marathon distance. She was doing awesome! after a little chat and a cuddle we raced off into different directions with the aim to finish this race.

Km by Km unfortunately I just got slower and slower my legs had given up and it was a matter of getting in and finished now. No real idea why or excuse (Ha!) but it just didn't happen on the day I suppose, but there will always be many more down the line. Finally crossing the line in 9:31 and 153 solo male over the line I was glad to be finished! But I must say I really did enjoy it and defiantly want to come back one year to race the full 100km course. A lot of the pictures were from www.photos4sale.co.nz thanks to Paul Charteris for making pictures part of our entry fee! Awesome gesture, rather than us runners paying more money after the event to get them. Thank you!

I was so proud and happy to see Gem cross the line in 11:03 and in 50th solo lady to finish the course! Huge congrats to her and I know she is all ready looking forward to the next one.

Thanks to everyone for all their support and well messages over the weekend! It's over whelming to see so many people follow me living my dream and doing what I love to do..

And a huge thanks to Nathan Sports NZ for their continues sponsor and support with the latest kit!

Some recovery now then back into some training ready for 8 weeks time!
Cheers
Paul
Posted by Unknown at 17:40