From Singapore 50km to Snowdonia Marathon...

It's been a little while since I put up a race report due to a bit of travelling and actually only doing 2 events. 11th of Oct saw me race in this years TNF50 in Singapore! A place I had always wanted to go and visit and what better way to then race whilst there... The race was based in MacRitchie Reservoir, I had been a few days before to check part of the course out and to see what it felt like to run in 35+ degrees with 90% humidity and what an experience that was!


Race morning saw me set of slowly and try and work my way into the race as I knew the humidity would be killing me slowly.. Over the course of the race I had drank just over 7L of water, which was the most I had ever consumed during a race. Throughout the race I got to experience all kind of wildlife from wild monkeys, snakes, frogs, rats and a load of butterfly's what made this a stand out event for me in terms of an 'experience'. The trails around there where amazing, it had a great mixture from smooth fast running trails to super technical running routes along the way. I really enjoyed the race and managed to finish in 13th after 5 hours 18 minutes of racing along some very hot trails! For everyone wanting something a little different this race is well worth a entry, this event also offers a 100km route but I felt that the with the heat and humidity that this might of been a step too much after not training at all for the 5 weeks before due to hiking out in the Himalayas.

2 weekends later was time to toe the start line of a race that I had watch and followed for years but just never managed to get to the event. This event was a must do event in my home country Wales! Everyone who had raced this event only had good words regarding the event from organisation to supporters along the way. Yep it was the Snowdonia Marathon in North Wales. I was very excited to get the chance to race this year and it would also be my homecoming race after two years away racing around the world... But of course nothing goes 100% to plan, the morning before the event I had woken up at 4:30am violently sick not really sure why but it didn't stop there. I spent the next 7 hours of the day being sick and sat on the toilet with diarrhoea and of course loosing all fuel and fluids I had stored for tomorrows marathon. The biggest problem I had was I couldn't even eat or drink anything else to top things back up! I hadn't been 100% right since being so ill in Nepal but I had already refused to let it stop me racing the next day! I managed to get a small portion of plain pasta down just before going to sleep the night before and again a small bowl of porridge but my stomach was still moving like a washing machine on it's final spin.... On reaching Llanberis it gave me a little positivity at being 'home' and racing on Welsh ground again and seeing many friends and fellow runners after being away for the last few years..

10:30am sharp we were off along some of the most breathtaking roads in Wales, I set off  with a little pace as I figured that I didn't really have any fuel or fluid in me and if I could get as far down the road as possible before the body gave in it would hopefully make things a little easier having a shorter distance left to race. I felt very weak in my self but the mind was strong and focused to get around what ever it took. On passing mile 11 it all started to go wrong!! Again I was sick on the side of the road and lost what fuel and fluid I had inside me completely I did think at this point it was going to be a long way. But I wasn't ready to give up just yet! I continued along this amazing route at a downward spiral speed but was taking each mile as it come. It quickly become very much a jog - walk for me as I just had no energy to keep running even at a very slow pace and I quickly started to drop further an further down the field.. 20 mile come round and Gem my girlfriend came by my side and she looked so fresh! After a little discussion she went off and left me in her dust (not what she wanted to do, but I had told her to keep going!) soon after I was sick once again and was really struggling at this point, but this kind of route was just full of breathtaking views what was inspiring me to continue and get to that finish line..! After a very very long 4 hours 20 minutes I finally crossed the finish line with an instant thought in my mind "I will come back and race again!" the course was always going to be a slower race due to the nature of the course but I unfortunately lost nearly an hour and 30 minutes slower than my usual marathon times...

To be apart of such a great race was amazing, the support, views, organisations was all perfect! I will be back one year to race this amazing route and hopefully run a little quicker :-) 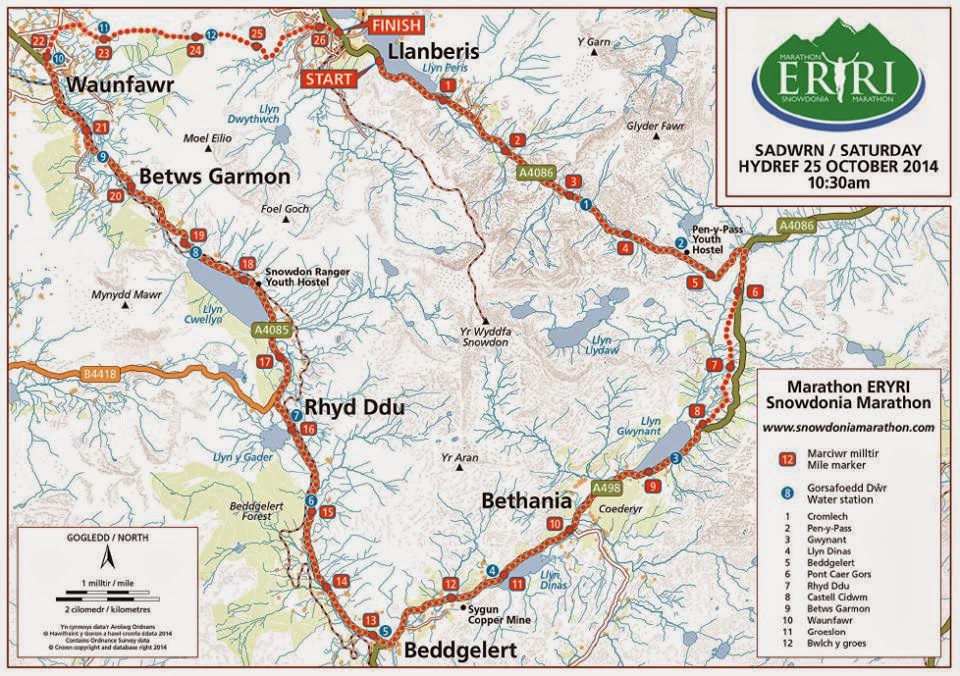 Thanks again to everyone who takes the time to follow and support me along my adventures.
Much appreciated
Paul x
Posted by Unknown at 06:29